Conrad Hughes: Challenges for Education in the 21st Century 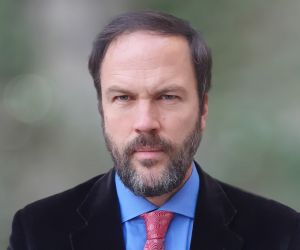 In this session we will explore some of the major challenges facing education in the 21st Century and possible responses to them. The talk will draw on some of the ways that the International Baccalaureate programs address these challenges.

Conrad Hughes (MA, PhD, EdD) is Campus and Secondary Principal at the International School of Geneva, La Grande Boissière, the oldest international school in the world. He has been School Principal, Director of Education, International Baccalaureate Diploma Programme Coordinator and teacher in schools in Switzerland, France, India and the Netherlands.

Conrad, who is also a member of the advisory board for the University of the People and a senior fellow of UNESCO's International Bureau of Education, teaches philosophy.

His PhD (2008) is in English literature: The Treatment of the Body in the Fiction of JM Coetzee. His EdD thesis (2018), written at Durham University, is on the relationship between prejudice and education with specific focus on how education can reduce prejudice.

He is the author of numerous articles in peer-reviewed journals and as Director of Education at the International School of Geneva he led the publication of Guiding Principles for Learning in the 21st Century with UNESCO. He was chief editor for a special edition of Springer’s Prospects Journal on Learning in the 21st Century with entries by leading academics such as Sugata Mitra, Steve Higgins, Doug & Lynn Newton, Scilla Elworthy, Paul Black and Juan Carlos Tedesco.