Learning about human learning: How to know more and why we will never know enough

Theatre Q230, Level 2, Kwong Lee Dow Building Melbourne Graduate School of Education, 234 Queensberry St, University of Melbourne, VIC 3010 The lecture will commence at 6pm and will be followed by refreshments from 7pm.

What is human learning, what makes it distinct, and how can we account for its uniqueness? Professor Sfard will briefly review the widely differing answers that have been given to these questions by generations of thinkers, and reflect on lessons that can be learned from the history of research on learning. She will make observations on next steps that can or should be taken in that research. The point of departure for these reflections will be the acknowledgement of one special feature that sets human learning apart from any other: human learning occurs not only in individuals, but also on the societal level. The fact that the society learns as a whole, that is, that people’s activities grow in complexity from one generation to another, can be shown to be the primary source of all human uniqueness. These observations will lead her to the question of how to think about learning to acknowledge the constant interplay between changes on individual and societal levels and to understand its primary role in making us who we are. 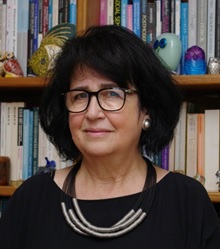 Professor Sfard has received numerous awards for her research excellence. In 2007, she received the prestigious Hans Freudenthal Medal, the highest award made by the international mathematics education community. Her intellectual leadership in mathematics education theory and her substantial accomplishments in educational research were recently recognised with a Fellowship of the American Educational Research Association in 2015 and she was elected as an international member of the National Academy of Education in the United States in 2016. Professor Sfard has published many influential papers, books, and chapters across a broad range of topics. Her contributions to educational theory go well beyond mathematics education and her work is extensively cited by learning theorists in the broader scholarly community.