In 2019, we collated survey data collected in 2011, 2014 and 2017 from participants in Cohort 1 who were aged between 43 and 44 years (corresponding to the popular term, Generation X) in 2017 to examine their level of life satisfaction since becoming a parent and their concerns for the future of their children.

Overall, we found that levels of life satisfaction declined overtime. When we examined levels of satisfaction with various aspects of parenting, we discovered that parents were least satisfied with material issues, such as the availability of quality/affordable childcare; the availability of maternity/paternity entitlements; and with their ability to balance paid work with family commitments. 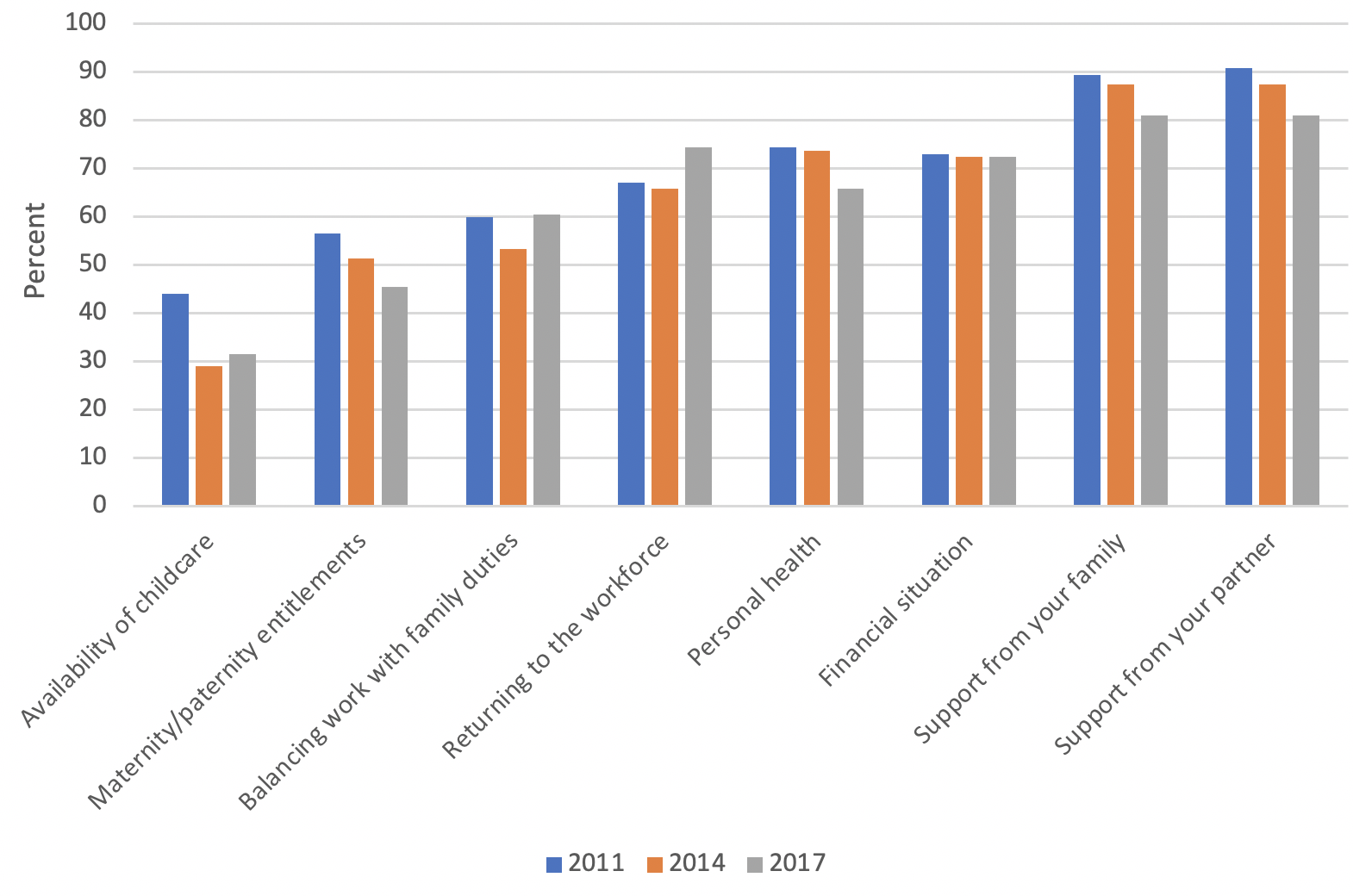 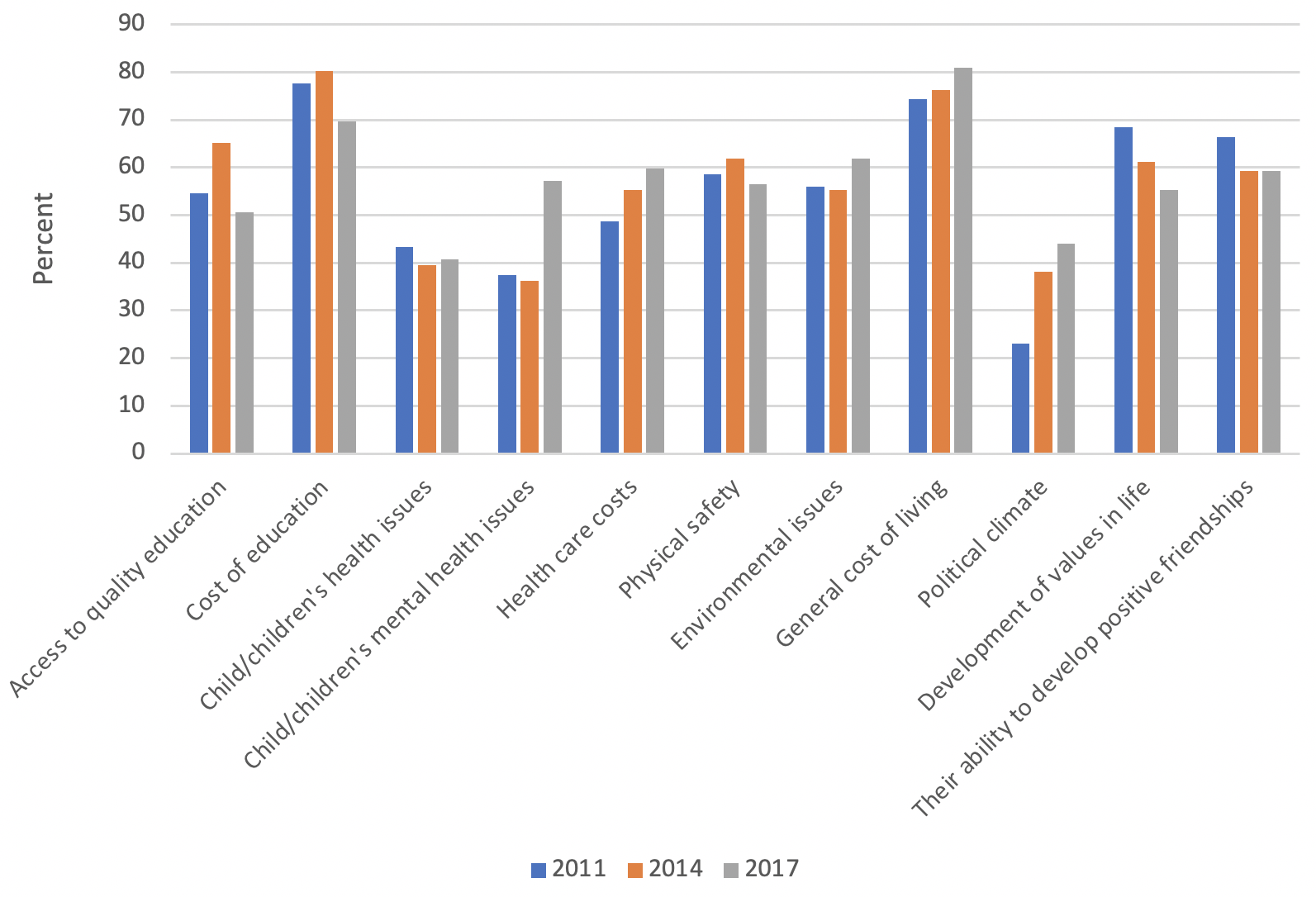 You can read more about parenting well-being and futures in our report ‘Parenting in the Twenty-First Century: Preparing the next generation of Australians for uncertain futures’ by Eric Fu, Jenny Chesters and Hernán Cuervo which can be accessed here.