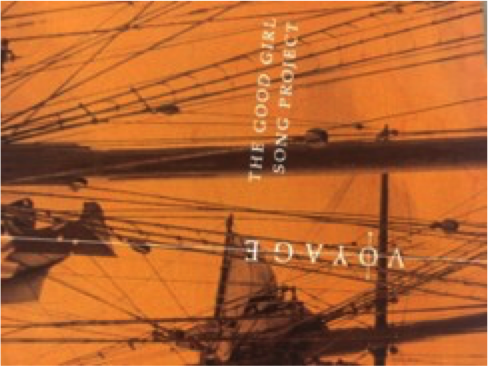 The Good Girl Song Project & Voyage represented a powerful intersection of music, drama and social history with relevance for students across the humanities and the arts. The performance recounted the little- known history of Australian female migration during the 1830s. Written by Helen Begley, Voyage is based on the academic writings of Dr. Liz Rushen, Senior Research Associate National Centre for Australian Studies and Chair of the History Council of Victoria, and includes eyewitness accounts which capture the humour and poignancy of  everyday life aboard ship.

The performance revolved around the story of two hundred young women who immigrated to the Australian colonies from England in 1833. The story takes place aboard the ship as it travels between the pier at Gravesend and the pier at Port Jackson in Sydney. Three women, played by Penny Larkins, Helen Begley, and Penelope Swales navigated the experience of life aboard an emigrant ship as they are pushed through the colonial migration process. The songs represented the folk music tradition of portraying the stories of ordinary people through music. A swathe of some of Australia’s finest folk musicians including Penny Larkins (vocals) Penelope Swales (vocals/whistles) Jamie Molloy (vocals/concertina), Helen Begley (vocals/guitars), Sally Taylor (fiddle) and Carmen O’Brien (fiddle), brought the story of these women to life. Voyage has also been presented at many festivals including Woodford 2017, National Celtic Festival 2015 and 2017, Nanga Music festival in WA, Maldon Folk Festival, 2015 and 2017, Kangaroo Valley Folk Festival, Cygnet Folk Festival, lllawarra Music Festival, 2017, Tablelands Folk Festival in Yungaburra QLD, Majors Creek, 2017 and a special appearance at the 2018 National Folk Festival in Canberra.