The role of government in the anxious century 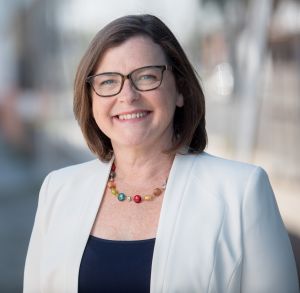 Australians are more anxious than ever. Work is increasingly insecure and hard to find, our planet is burning, everything costs more while our wages are stuck and it feels like we are only ever one moment away from world war three. What is the role of government in securing people’s lives with decent employment and a sustainable future?

Presented by Ged Kearney, the Federal Member for Cooper.

Ged started her working life as a nurse and rose to become Federal Secretary of the Australian Nursing Federation. From 2010, Ged served as the president of the ACTU – the peak body of Australia’s union movement – where she fought for better conditions for Australian workers. Ged’s working life – from nurse to President of the ACTU to parliamentarian – has been about fighting for the rights of others.

She is a strong voice for workers’ rights and social justice inside Labor and the Parliament. Ged is a passionate advocate for the environment, asylum seekers, education, universal healthcare and decent jobs.

Ged was born and raised in Melbourne and lived in Cooper for over 25 years. Ged has four children, two stepdaughters and two much loved grandchildren.