Christchurch, Racism and the Existential Crisis for Democracy: How will Australia’s most highly qualified cohort respond? 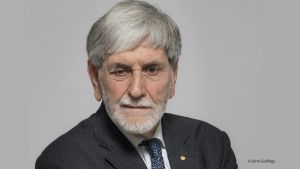 Barry Jones, politician, writer and lawyer, was born in Geelong. Educated at Melbourne University, he has been a public servant, high school teacher, television and radio performer, university lecturer and lawyer.

He served as a Labor MP in the Victorian Parliament 1972-77 and the Australian House of Representatives 1977-98.

In Bob Hawke's Government, he was best known as Australia's longest serving Minister for Science 1983-90, but also had responsibilities for Prices and Consumer Affairs 1987, Small Business 1987-90 and Customs 1988-90.

In 1985 he became the only Australian Minister ever invited to attend a G-7 Summit Meeting, in Ottawa.

He chaired the OECD review of the Yugoslav economy (1987) and OECD meetings in Paris (1987) and Montreal (1991), and served on an international think tank in Moscow to advise Mikhail Gorbachev on Perestroika

He became a member of the Executive Board of UNESCO, Paris 1991-95 and Vice President of the World Heritage Committee 1995-96.

National President of the Australian Labor Party 1992-2000; 2005-06, he was Deputy Chairman of the Constitutional Convention on a Republic 1998.

His work in securing the abolition of the death penalty in Australia has given him greater satisfaction than any other achievement.

His book Sleepers, Wake!: Technology and the Future of Work, published by Oxford University Press in 1982, became a best seller and a significant textbook, was reprinted 27 times and translated into Chinese, Japanese, Korean, Swedish and braille. Deng Xiaoping's daughters Deng Ling and Deng Rong visited him, on separate occasions, to tell him that Sleepers, Wake! had influenced their father's thinking about how to change China.

A ’Living National Treasure’, he is the only person to have been elected as a Fellow of all four of Australia’s learned academies.

He was the first Australian politician to raise public awareness of global warming/climate change, the ‘post-industrial’ society, the information revolution and the transition to a digital society/economy, biotechnology, the rise of ‘the Third Age’ and the need to preserve Antarctica as a wilderness.