Thinking about the future: Whether, when, why, how, who, what… and so what? 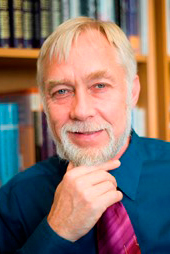 Theatre Q230, Level 2, Kwong Lee Dow Building Melbourne Graduate School of Education, 234 Queensberry St, University of Melbourne, VIC 3010 The lecture will commence at 6pm and will be followed by refreshments from 7pm.

An organised, future-oriented mindset is probably the most effective way to find success in life, but psychology has focused much more on the past than the future. Professor Baumeister will report ideas and findings emerging from his recent research program on thinking about the future. Despite the common assumption that people see the future as bright, laboratory experiments have found that contemplating the future leads to caution and in some cases pessimism. He will also detail revelations from a large data set on people’s thoughts as they go about their daily lives, including what they reveal about why, when, and how people think about the future, as well as what personality types that think about it more, and correlations and consequences.

Professor Baumeister will argue that predicting the future is difficult - but perhaps that is not the main part of people’s thoughts about the future. Instead, he will explore a theory of pragmatic prospection that shifts the emphasis away from “What is going to happen?” to “What do I want to happen?” and “How can I bring that about?”

Professor of Psychology
The University of Queensland

Professor Roy Baumeister is among the most prolific and most frequently cited psychologists in the world, with over 600 publications. A Professor of Psychology at the University of Queensland, his 32 books include the New York Times bestseller Willpower. His research covers self and identity, self-regulation, interpersonal rejection and the need to belong, sexuality and gender, aggression, self-esteem, meaning, consciousness, free will, and self-presentation. In 2013 he received the William James Fellow Award for lifetime achievement in psychological science - the Association for Psychological Science’s highest honour.