You would think that school systems could manage the care and inclusion of all students as simply as running a relay race but they don’t.

A relay team functions by each runner working carefully together to safely hand the baton to the next runner while under intense pressure to complete the race. Unfortunately, our school systems drop the baton (precious students) all the time and as a result students disappear because there is no ‘relay runner’ to pass the baton to for the next part of the race. Olympic athletes train extensively not to drop the baton and so should schools and school systems. Every school must hold on to ‘the baton’ until a student is transitioned into a suitable and caring educational setting.

So how do we drop the baton and ‘lose’ students in our school systems?

Some children are driven from the system

Across Australia a significant number of students are formally expelled from their school every year and therefore need to find a new school or education provider. As previously noted in this report, some students are also informally ‘burned’ or pushed out the back door. Based on feedback from staff in alternative education settings we know that some of these children never step in the door of a school again. These expulsions can be formal and recorded in education department statistics or informal, with young people told not to return but never officially exited from the system. It is impossible to know, at this stage, how many young people fall in the latter category.

While it is not possible to find consolidated national data on the issue, we do know, for example, that in 2017 suspensions and expulsions increased in Victoria prompting an Ombudsman’s inquiry. Formal expulsions in Victoria rose from 267 in 2014 to 309 in 2015, before falling to 278 in 2016. The Victorian Ombudsman raised the issue of informal exits, contending that some of the 6 800 disengaged (detached) Victorian year 9 to 12 students in the same year may have been informally exited. This statement was supported by evidence presented during the Ombudsman’s inquiry relating to students being asked to leave school, but not formally expelled.

In the South Australian public school system exclusions of up to ten weeks were recorded in 2018 for 231 students while the number of suspensions has risen since 2014, from 3550 to 3824 in 2018. Across the New South Wales Education Department, suspensions and expulsions have decreased marginally over time to 311 in 2017. Nonetheless, suspensions remain high with over 30 000 students receiving a short suspension and over 12 000 receiving a long suspension.

A common story repeated to us involves school aged students who have sought permission to leave school early to take up apprenticeships in the workforce, only to find  the work is not to their liking or that they have been sacked within a  short period of time.

The suspension and exclusion rates in Queensland have risen over time, particularly given the recent transition in some states of Year 7 students into the secondary school system. Queensland records both exclusions, where a decision is made to exclude a student from an educational institution for up to 12 months, and cancellations whereby a post-compulsory student is not participating in a program of instruction. In 2018, nearly 1800 students were excluded whilst over 1000 had their enrolments cancelled. 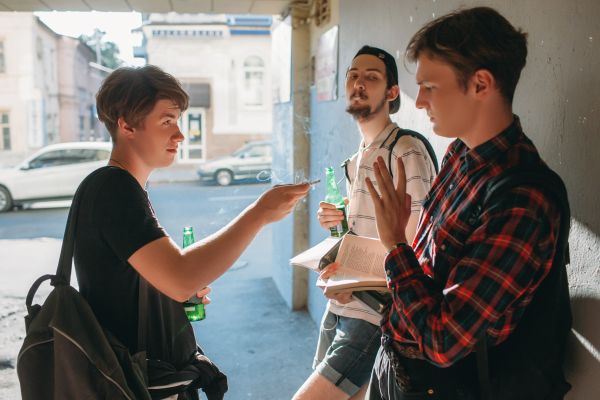 Children from low socio-economic backgrounds are more likely to be excluded from school than other students, with the Victorian Ombudsman finding that students from out of home care, indigenous students and students with disabilities were also over-represented in expulsion figures. Common causes of exclusion relate to anti-social behaviour – children with a disability are particularly vulnerable to being excluded due to behavioural problems that may be affected by their disability.

Based upon the Victorian Ombudsman’s advice, and the views of many teachers in alternative schools that pick up a fraction of these students, the informally expelled (burned) are likely to be far higher than formal expulsion figures. School drivers, such as NAPLAN and ATAR, may therefore work against schools ensuring all children attend, as often children who are at risk of leaving school are struggling academically. It is, therefore, a prevailing view, articulated to us by a range of stakeholders, that some school leaders have taken the view that it is not in their school’s best interests to retain students who may bring down their academic results.

The link between disengagement, suspensions and expulsions has not been fully explored, however we know that a large number of detached students were suspended from school. Children who are suspended or expelled from school are more likely to enter the criminal justice system. The Victorian Ombudsman found that most young people in juvenile justice had been suspended or expelled, whilst the overwhelming majority of people in the criminal justice system left school early. The Ombudsman heard evidence, including:

“A common feature in many of the aggravated burglary cases has been that the fifteen, sixteen, seventeen year olds appearing before the Children’s Court became disengaged from school, typically through suspension or expulsions, only shortly before becoming involved in significant offending.

Similar figures were reported in 2015 from the Education Justice Initiative in Victoria that was formed to respond to the education needs of children who are, or have been, in custody. The initiative found that nearly half of the young people it worked with were not enrolled in school – a third having been exited. Of those enrolled, nearly three quarters had not attended for at least the last two months.

Additionally, there are large numbers of students who are still enrolled at schools and in other educational programs but are disengaged. These children, often identified as school refusers, might turn up at school on occasion, or may miss most of the year. Over time, students attending less are more likely to leave education before completion.

Around 350 000, or one in five, government primary students miss at least ten per cent of school, which translates to around a month per year. If these absences continue, these students will have missed a year of schooling by the time they reach Year 10.

The situation in rural and remote Australian schools is even worse. Sixty per cent of government primary students in very remote areas miss at least a month of school, rising to over three quarters of government students in years 7–10.

These factors are compounded for many students by a combination of low socio-economic status, low attendance and achievement, and peer and community effects increasing the likelihood of detaching from school.

Every year many thousands of families with school aged children move to a new house, with a significant number moving interstate. Unfortunately, school movement provides an opportunity for the ‘relay baton’ to be dropped if schools are unable to confirm that students have enrolled and are attending in their new location. Without a national tracking and confirmation system, we do not know how many children fall between the gap in these circumstances. As is the case for relay runners, it is not enough for a runner to just pass the baton the baton has to actually be safely received by the next runner or else the team is disqualified. So, it follows that it is not sufficient for schools to simply record that a student has left the school. It must also be a responsibility for the school to know that the student was safely received at the intended destination… school or system, alternative setting, apprenticeship, employment, juvenile justice, hospital or any other destination.

A common story repeated to us involves school aged students who have sought permission to leave school early to take up apprenticeships in the workforce, only to find the work is not to their liking or that they have been sacked within a short period of time. Relay batons don’t just need to be safely passed to the next runner, ultimately, for the team to successfully finish the race, the baton must cross the finish line safely protected by the final runner. Leaving school prematurely for employment can ultimately cause the detachment of compulsory school aged young people.