How do we know about the school-age detached students in Australia and how many are there? 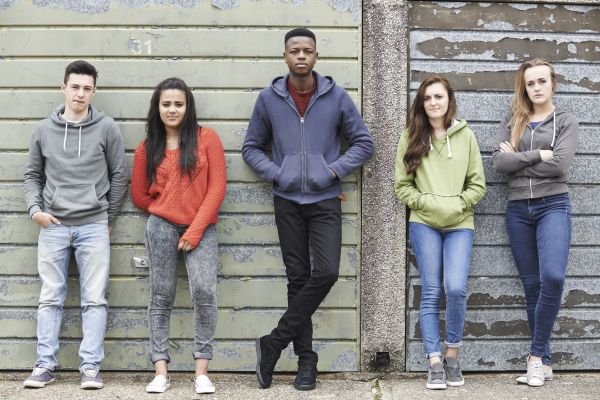 While dedicated data sets identifying the number of students who have detached from schools around the country do not appear to be explicitly maintained, most senior educators are well aware of the magnitude of this ongoing problem.

Furtive attempts to address and understand the extent of this problem have been attempted but were, in many cases, discontinued. There have been isolated efforts at various times by some school systems, districts and schools to set up programs to track and re-attach such students. Despite isolated educators in various locations advocating internally for significant recurrent funding to address this issue on a more transparent basis, we have found little evidence of long-term strategies for success. A cynic might take the view that some governments and ministers don’t think they can win elections in the short term by exposing long term and ongoing flaws in education systems.

Given there is no specific national coordination and tracking of the actual or even potential number of detached students of compulsory school-age in this country, it is difficult to estimate the numbers. However, it is important that we try. By using census data, UNESCO data and anecdotal evidence we have formulated an estimate of the magnitude of this issue in Australia and the numbers are most concerning.

Compulsory school ages vary slightly across all Australian states and territories but all children must be in school (depending on their jurisdiction) between the ages of five and six, although most children start in pre-school programs between four and a half and five and a half.i The compulsory leaving age also varies across Australia but in general a student must be 17, although it is possible (depending on location) for students to leave school after year 10 and engage in alternative education programs, training and/or employment.

In the same Census, there were 206 486 children for whom there was no information provided on the Census form about their student status or the type of educational institution that they were attending.

According to the national Census, of all children aged five years, 16 755 were reported as not attending an educational institution, and neither were 3 894 adolescents aged 15 years and 10 897 aged 16 years. Thus, we know that 31 554 children aged in those three demographics were not reported as being engaged in education which still leaves 174 932 unaccounted school-aged children. It is possible that some parents of the children aged five years may have decided to delay their entry into formal education. A number of 15 and 16 years may have left the education system early to seek employment or vocation-based education, but we cannot be certain.

The Census requires that children of all compulsory school ages who are home-schooled should be reported in the Census as being either full-time or part-time students on the Census form. Therefore, it is unlikely that a significant number of home-schooled children are included in the remaining unexplained 174 932 (6–14 years of age) children missing based upon Census responses relating to education status. It is, however, likely that some household responders may have chosen not to complete the educational institution type question for a multitude of reasons, so the figure is certainly likely to be lower than the almost 175 000 young people not reported.

The 2019 Garma Program in North-East Arnhem Land provides a compelling example; the Garma Institute reported that ‘8 out of 10 Aboriginal students in the local region do not continue school past Year 8 meaning 8 out of 10 young adults are not job-ready or life-ready.’

UNESCO (United Nations Educational, Scientific and Cultural Organisation) data in comparative international monitoring estimates that in 2017 the number of out-of-school children, adolescents and youth of primary and secondary age in Australia was 39 314.ii This data is devised by subtracting the number of children in school from the total population. To produce the data, UNESCO collects data through harmonized education surveys sent to Member States on an annual basis, so it is verified by the countries of origin.iii UNESCO notes, however, that these numbers may not reflect the exact magnitude of out-of-school children due to discrepancies between data sources.

In addition to informed approximations and estimates, significant anecdotal evidence of detached school-aged young people is provided by many staff and leaders of educational institutions known as ‘alternative settings’. This term refers to a number of government and independently funded specialist schools and educational providers who cater for disengaged students and detached young people who are looking to reattach in more suitable and supportive educational environments. Many stories and case studies demonstrate the evidence of a large cohort of previously detached young people of school age who have spent varying amounts of time outside of formal education institutions.

The 2019 Garma Program in North-East Arnhem Land provides a compelling example; the Garma Institute reported that ‘8 out of 10 Aboriginal students in the local region do not continue school past Year 8 meaning 8 out of 10 young adults are not job-ready or life-ready.’iv We cannot afford to sit back and allow emerging but marginalised adolescents to miss out on the necessary educational foundation required for future success in a turbulently globalised world.

As part of the research for this report, bureaucrats (who preferred not to be named), in two State Education Departments, who conducted a detailed analysis across relevant student data-sets, identified approximately 8 000 potentially detached students across one state and 10 000 students in the other. While acknowledging that these evidenced-based numbers may not be completely accurate, it is reasonable to suggest that the total number of detached students across the country is uncomfortably and inappropriately large. Based on these informed professional estimates and the comparative populations of each of the states, we estimate that there may be upwards of 50 000 unaccounted detached students across the country.

The numbers are too high and something must be done about it.

UNESCO estimate of number of out-of-school children, adolescents and youth of primary school and secondary age in Australia (2017)