The cost of young people dropping out of school and not returning is known. Stephen Lamb and Shuyan Huo provide an analysis of the numbers and costs of early leaving and disengagement at the age of 24.

The earlier the investment, the greater the return Using Census data, and cross-checked by HILDA (Household, Income and Labour Dynamics in Australia) data, Lamb and Huo estimate that more than 39 000 19 year old early school leavers in 2014 did not complete Year 12 or its equivalent.

The social cost includes loss of earnings, reduced quality of life, private health costs, loss of productivity spill overs, and the cost of raising taxes to pay for public services taking into account lower education fee expenses.These costs do not include things that are harder to quantify, such as the cost of providing housing or care for young people, or the considerable economic cost borne by non-government and philanthropic organisations.

Nor do they include the intergenerational cost of disadvantage. The conservative estimates of Lamb and Huo are that each early leaver has a:

Each cohort of 19 year olds that left school early have a:

A range of economists have sought to identify  where to best intervene to reduce this cost.  James Heckman’s seminal work developing the Heckman curve examines how to maximise  the return from education – the counterpart to the cost of disengagement. He identifies that investment in early education has the greatest return on investment, realising a return on investment of around 13%.

Recent Australian analysis has identified $4.74 billion in benefits associated with providing one year of early childhood education, compared to $2.34 billion in costs associated borne by government (79 per cent) and parents or carers (21 per cent ).

These benefits relate both to increased parental earnings due to availability of care, and also a reduction in the costs associated with disengagement including welfare, health and criminal justice costs.

As shown there are significant economic benefits to be gained by reducing detachment from education, not to mention the benefits at a personal level to children, young people and their families. 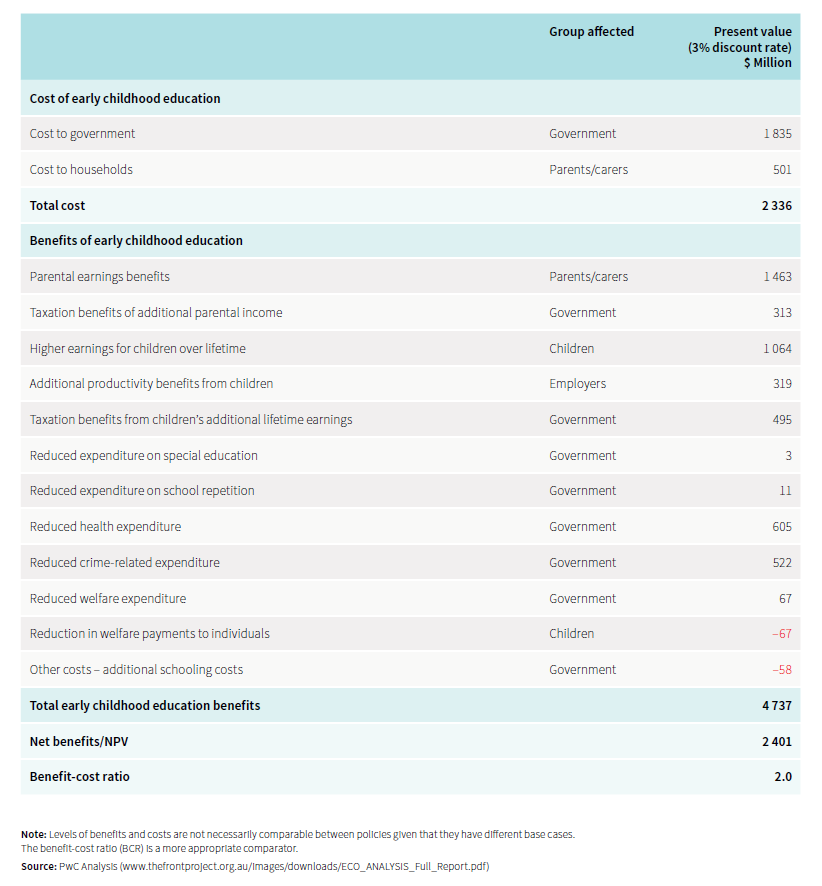 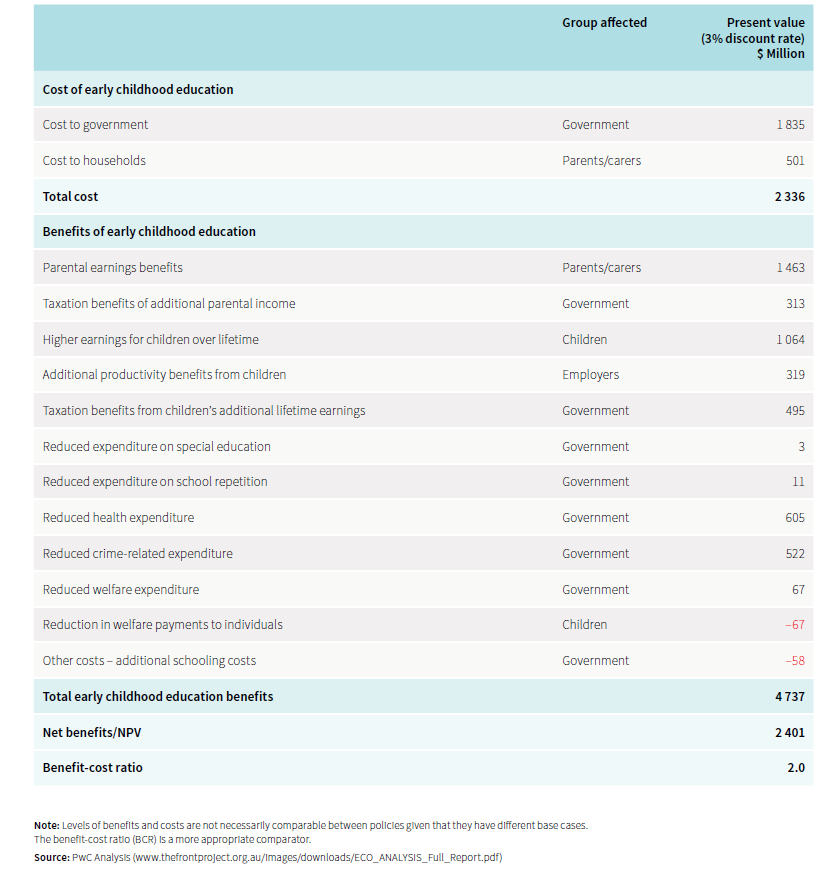