In 2019, we asked respondents in Cohort 2 who were aged 30-31 years about their levels of confidence in Australian institutions including banks and financial institutions, the Federal Government, the media, trade unions and the legal system.

Level of confident in institutions (%)

You can read more about young people’s confidence in institutions in our report, ‘Young Adults’ Confidence in Australian Institutions’ by Jenny Chesters and Johanna Wyn which can be accessed here.

Most important issues in 2017 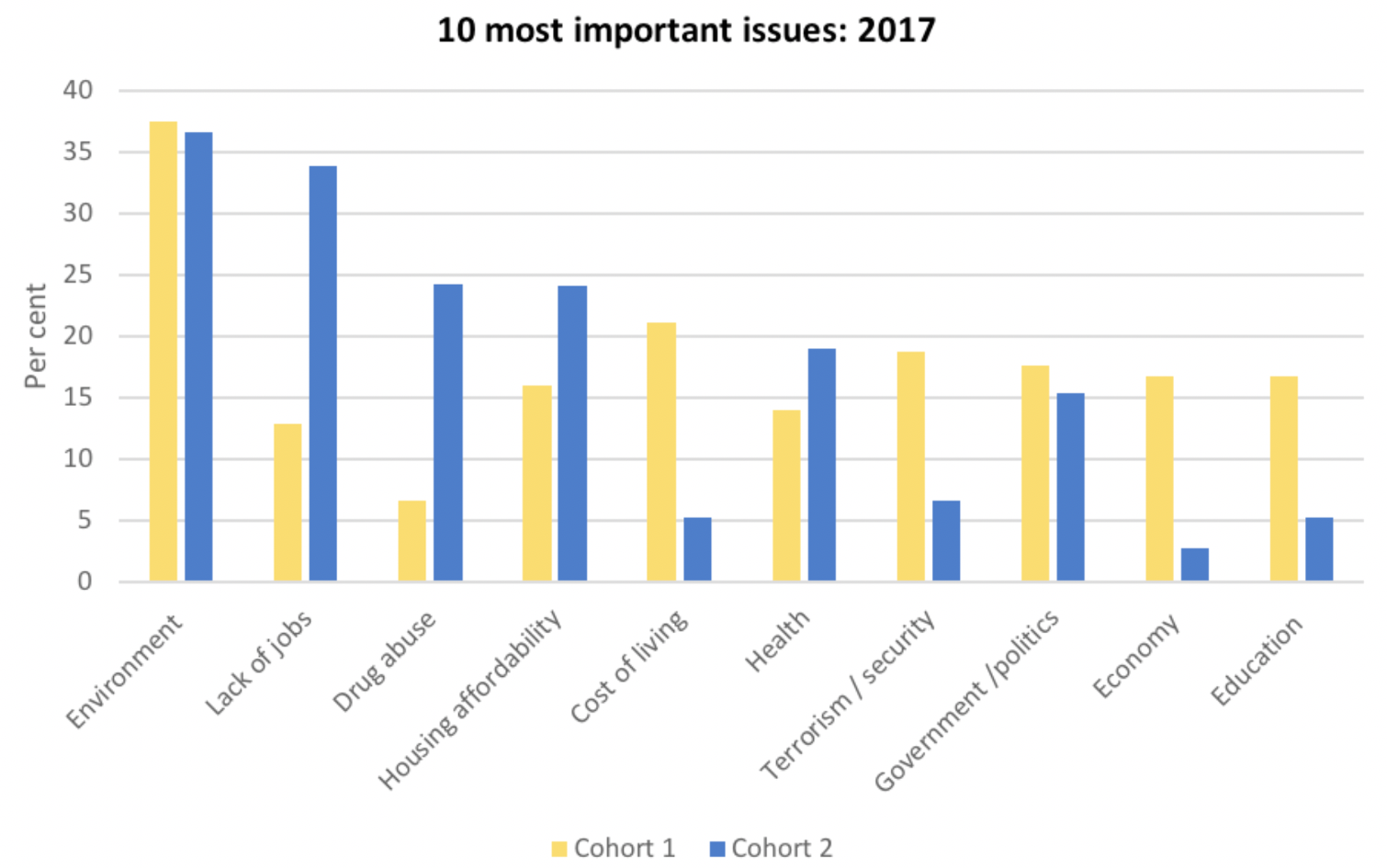 You can read more lifelong learning in our report ‘Examining the most important issues in Australia: similarities and differences across two generations’ by Jenny Chesters, Julia Cook, Hernán Cuervo and Johanna Wyn which can be accessed here.